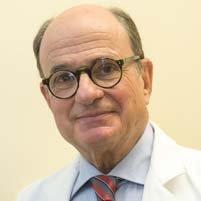 Kidney and ureteral stones can cause significant pain and discomfort. Dr. Stein is experienced in treating stones and in identifying the underlying causes of recurrent stones in men and women in the Beverly Grove, CA, and Greater Los Angeles areas.

Kidney and ureteral stones can cause significant discomfort and pain. Dr. Stein is very experienced in the endoscopic treatment of stones and in identifying the underlying cause of stones.

What are ureteral and kidney stones?

Ureteral and renal stones are usually composed of calcium but they may be composed of uric acid and rarely other compositions.

What causes stones to form?

Stones form when the urine contains a high level of substances likely to form crystals, including calcium, uric acid and oxalate. Normally, the liquid parts of your urine dilute these substances so they don’t become concentrated and form crystals but sometimes, these substances are so abundant that the urine cannot adequately dilute them and crystals form. Sometimes, urine may lack other substances that help prevent crystal formation. Several factors have been identified and contribute to the development of stones, including:

What symptoms can kidney and ureteral stones cause?

The most common symptoms include:

How are stones treated?

Some stones can be successfully treated by drinking plenty of water and trying to remain active to encourage the stone to pass on its own. In other cases, medications may also be used to help the stone pass. Stones that are too large to pass or that become “hung up” and will not pass on their own may need to be broken into tiny fragments and removed with a transurethral holmium endoscopic laser and manipulation of the stones.

We accept most PPO insurance plans, private insurance and Medicare. We participate in Cedar Sinai's Medical Group. If you have any questions, please contact our office.

Words from our patients